I joined the ladies of the Yarning Circle to create our yarn bombing masterpieces and displayed them outside The Artist Tree Cafe and Art Space. There were five of us today: Bobbie, Dolly, Sue, Elizabeth and me. 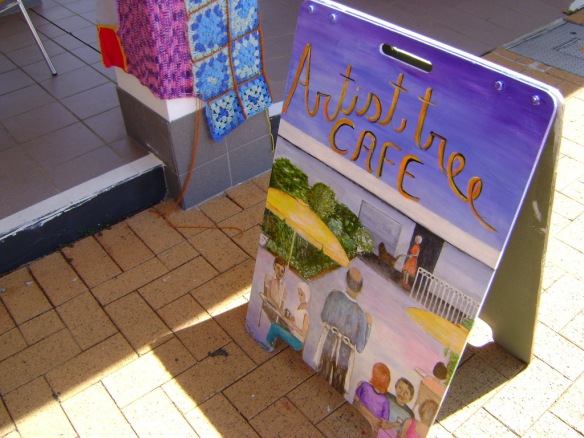 We spent about three hours busily joining knitted and crocheted shapes together. This was lots of fun as every shape was a different colour and each piece varied in size quite dramatically. Sue is head of the arts departments at a local high school so she was quite happy joining her pieces to create a real freeform object while I still need to find my real creative side. My pieces were all uniform in size! That’s what nearly 40 years of working in Government administration does to you! It supresses your inner creativity 🙂

This photo (below) is courtesy of Janet from Redland City Living. That’s me in the middle holding the blue crocheted square. 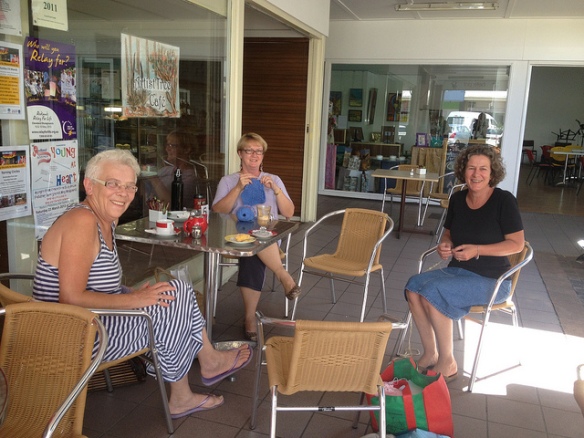 This yarn bombing was knitted in a yarn that contained a shiny thread. In the background the dreamcatchers are created by avid participants.

Yarn bombing is something that seems to be sweeping Australia throughout March. Recently the Big Merino in Goulburn was given a new accessory. As part of the city’s 150th Birthday Celebration the Goulburn Knitters Guild spent MONTHS knitting squares to make Rambo the Ram look beautiful. With enough yarn to span the distance between Goulburn and Moss Vale and taking a number of men and a rope system to get it on the ram, this was no small project and is their biggest craft corner project to date. More than 100 people helped create the 30m, 30kg scarf, in a nine-month operation using 71km of yarn. 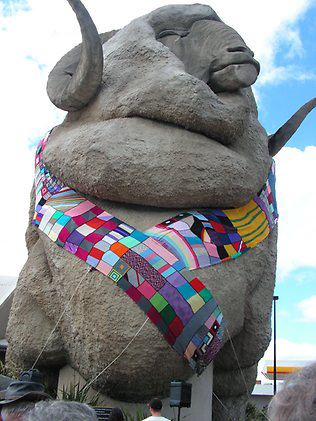 Yarn bombing also reached Adelaide and popped up most recently in the hills town of Stirling. Hundreds of school children, scouts, craft club members and individuals spent hours creating knitted and crocheted works to display outside the Coventry Library. The yarn bombing display was part of the Adelaide Fringe festival. 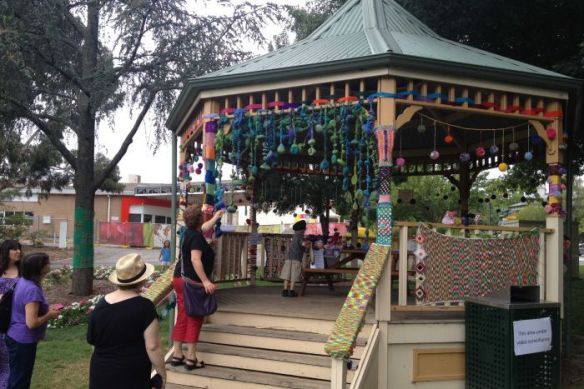 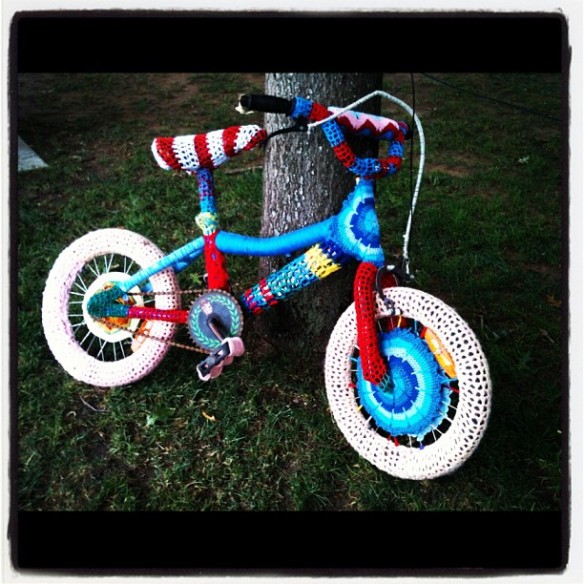 Yarn bombers also have been hard at work at Beachport in the south-east of South Australia. 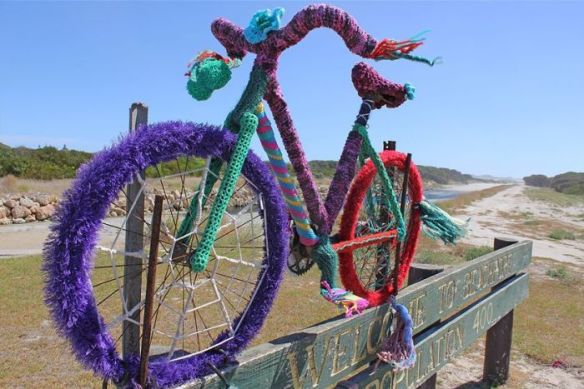 These are quite impressive aren’t they? It makes our efforts seem quite amateurish. Not to worry, we had a ton of fun which is the main thing. Plus we made new friends which is always a bonus. We’ve also decided to try and meet twice monthly over the next year so we can really plan for next year’s yarn bombing exercise. I have already decided what piece of public furniture I am going to yarn bomb!

Have a great week and a safe and happy Easter too.

2 thoughts on “Cleveland BUZZ and an Aussie Yarn Bombing Blitz”