Ever since I stumbled across my Crofter spinning wheel I’ve wanted a Camelot as they’re almost twins. My luck changed a couple of weeks ago when I found this advertisement on Gumtree. 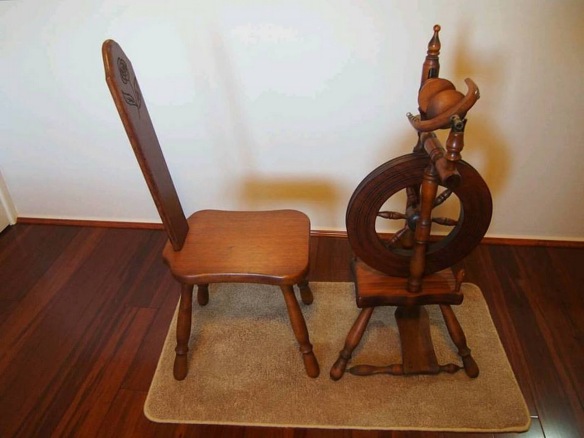 Not only did I manage to snag the Camelot wheel but another spinning chair too.

My Camelot is slightly different from others as it has no front maiden and the orifice just rests on a piece of leather. 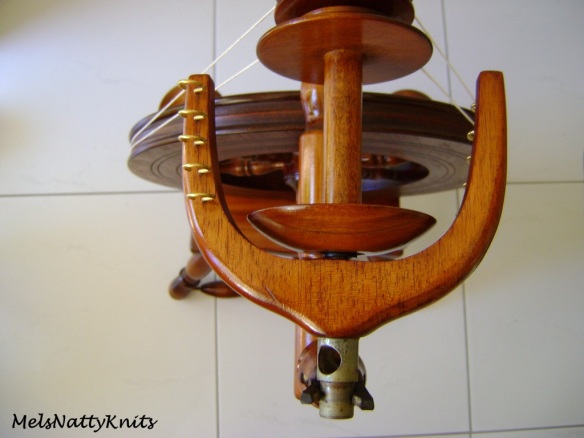 Another difference is it has bobbin-holder spikes at the back of the table instead of a kate in front, and does not have provision for scotch tension (which suits me just fine as I prefer double drive). You can just see the two bobbins behind the wheel. 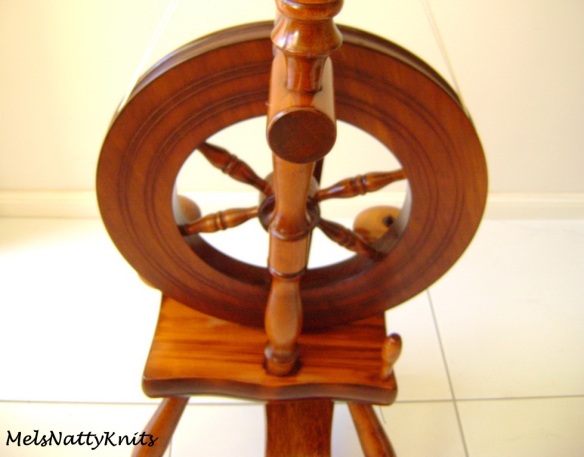 What I really love about buying a second hand wheel is the cleaning process. I gave this wheel a couple of coats of a 50/50 mix of boiled linseed oil and pure gum turpentine which has given the wood a beautiful sheen. 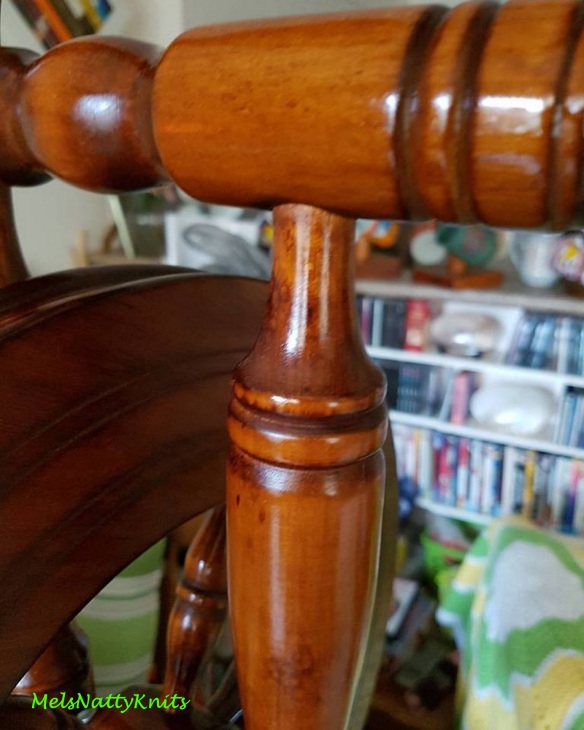 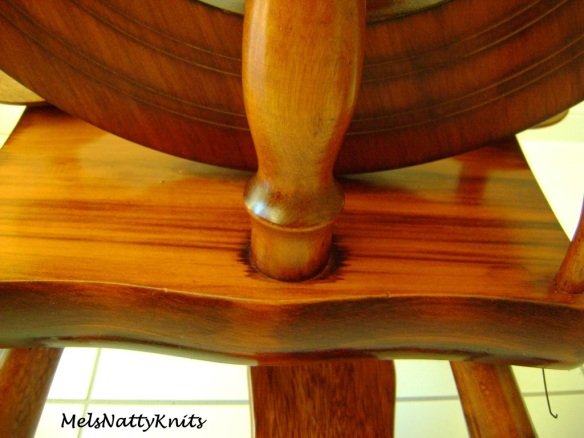 Here’s an except from New Zealand Spinning Wheels and Their Makers by Mary Knox, which is a culmination of five years’ work. This book is a tribute to the inventiveness and skill of New Zealand spinning wheel makers and the astonishing variety of their wheels.

Camelot: Sharp and Page began making these in their Mount Roskill (Auckland) factory in 1978. They exported most of their Camelots to Australia, the UK and the USA. The one in photograph 3-16 has no front maiden, the orifice resting on a piece of leather. There are two spikes at the back to hold bobbins. Some other Camelots have two maidens, provision to be converted to Scotch tension, and a built-in kate at the front. The wheel in photograph 3-17 is in the USA. It has an attractive inlay of light wood in the flyer.

A thesis prepared in 1985 for the Diploma of Export by Jean McDonnell says “Sharp and Page market an upright wheel (Camelot) for export and for the Wheel and the Loom. The wheel was produced on the suggestion of the Department of Trade and Industry. It is a planned strategy operation using distributors and exporting to Australia, UK and USA (in that order”. (The Wheel and Loom was a craft shop in Auckland). 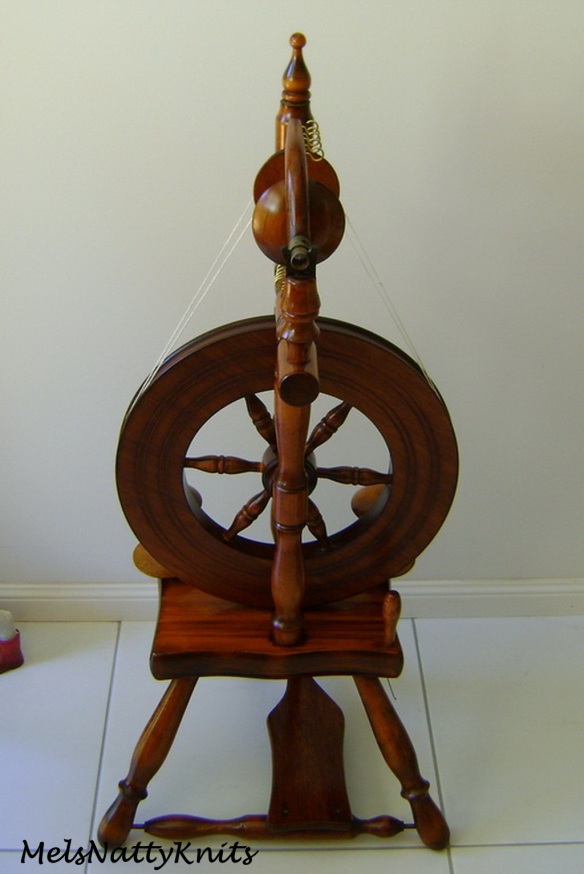 The similarities between the Crofter (L) and the Camelot (R) are amazing. Those grooves in the wheel and even the colour of the wood. The main difference is the Crofter has an in-built kate at the front whereas the Camelot has two spikes behind the wheel to accommodate two bobbins.

The flyers are practically the same; only the bobbins are slightly different. The Camelot (R) bobbin is rounded on one end whereas the Crofter (L) bobbin is not.

The treadles: Crofter (L) and Camelot (R). The Camelot treadle is slightly narrower.

While we don’t know for sure the relationship between Camelot and Crofter they both seem to have been made by Sharp and Page.

I believe the chair may have been made by the spinning wheel maker as the wood turning on the legs is practically a match. 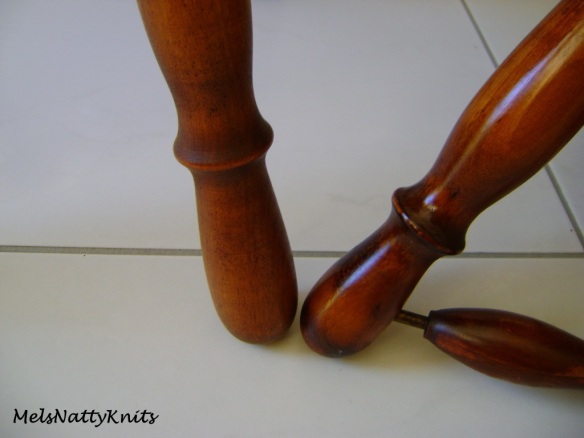 I particularly love the flower carved into the top of the chair. I now have three spinning chairs; all of them are different. 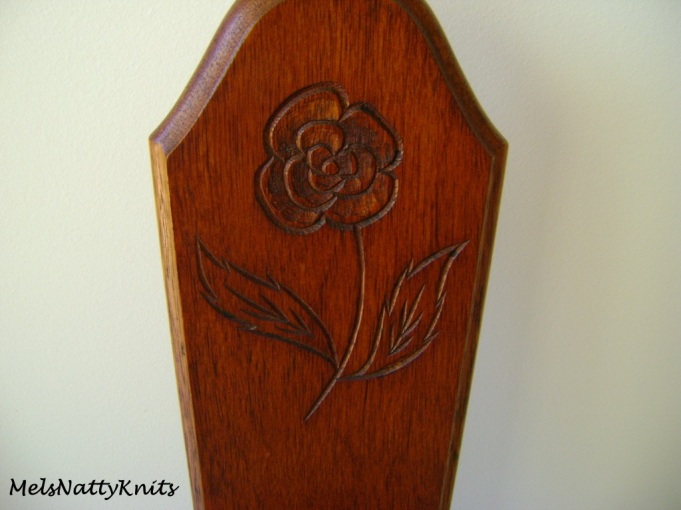 Here’s my Camelot ready and waiting for me to spin on her. As I have three other wheels with UFOs on them, I am restraining myself because I must finish those UFOs first! 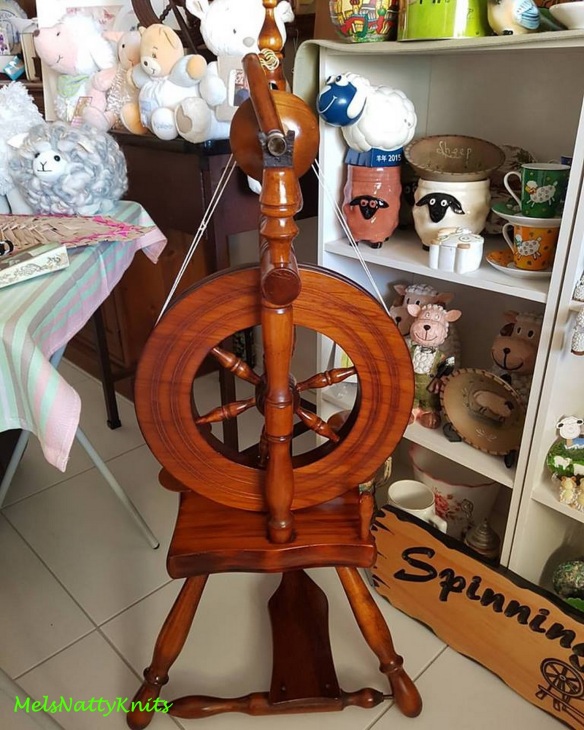 I might add that the original advertisement on Gumtree only showed the one bobbin on the flyer so I contacted the seller to ask  whether there were any more bobbins. She advised there were some more somewhere and she’d have a look. When I arrived she handed a package to me which contained these bobbins, a hardly used Ashford niddy noddy and an egg sock darner.

Yes, that’s right, eight extra bobbins and nine in total!! Just goes to show that it doesn’t hurt to ask sellers if they have extras as a large percentage of people selling wheels don’t know what they’re selling. They’ve either inherited or been given the wheel and just want to get rid of it.

That’s my news for now 🙂

Delilah socks is another gorgeous pattern from the book The Sock Drawer by Verity Castledine. I would highly recommend this book if you’re an avid sock knitter as I am 🙂

With its simple four row repeat and the added interest of twisted stitches, Delilah is a wonderful introduction to lace knitting. 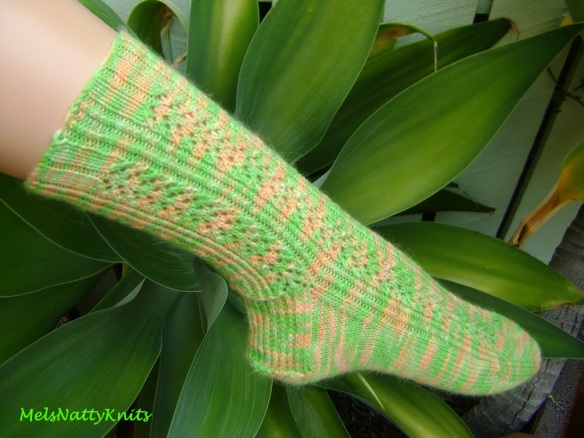 Who’d have thought that a simple four row repeat could create such a lovely pattern.

The yarn I used for these socks was the second batch I solar dyed using Queen food colours. I used the Knit Picks Bare Hare undyed as the base yarn. 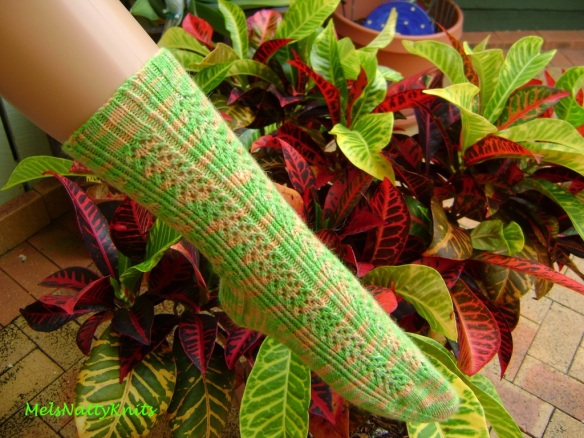 There are two sizes you can knit and I chose the larger size. If you wish to knit these socks in the larger size, here are a few errors that were spotted that you’ll need to take note of: 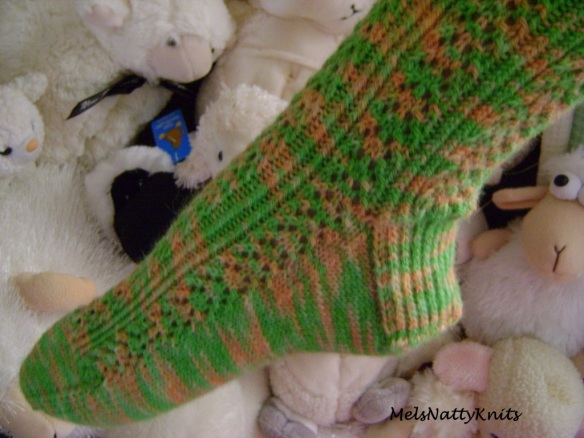 So, if you’re after a new sock knitting book, this is the one for you. Beautifully photographed with interesting patterns that are easy to understand. 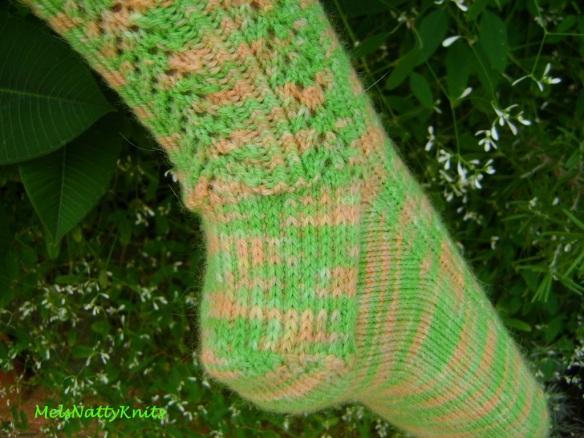 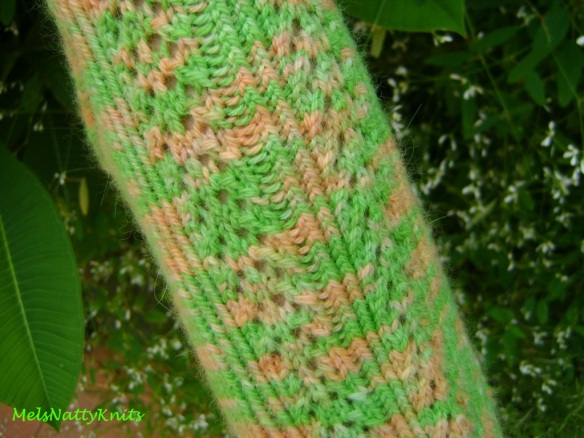 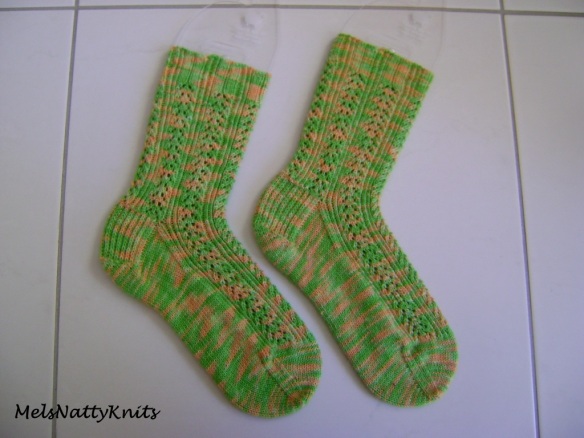 To finish off, here are some of my latest Opp Shop bargain buys 🙂 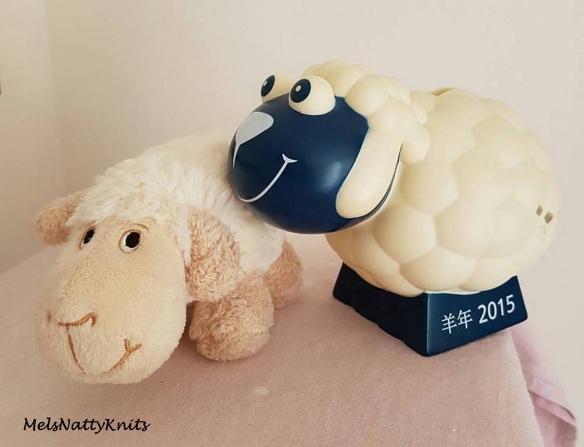 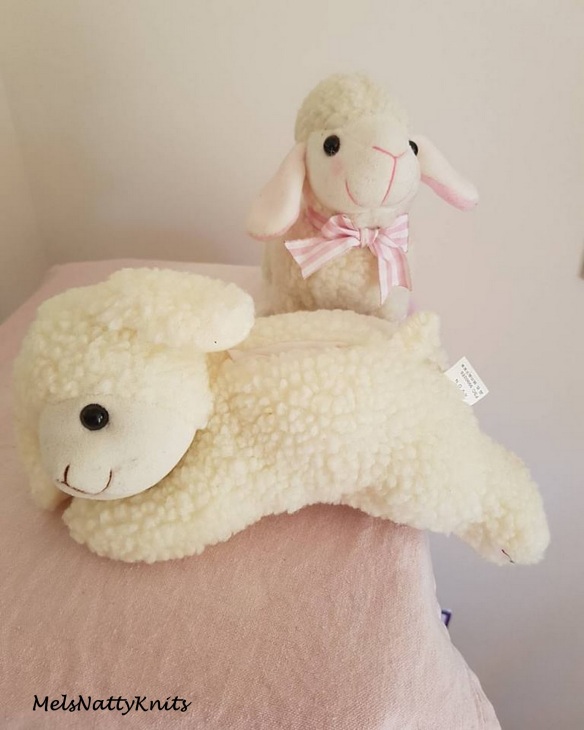 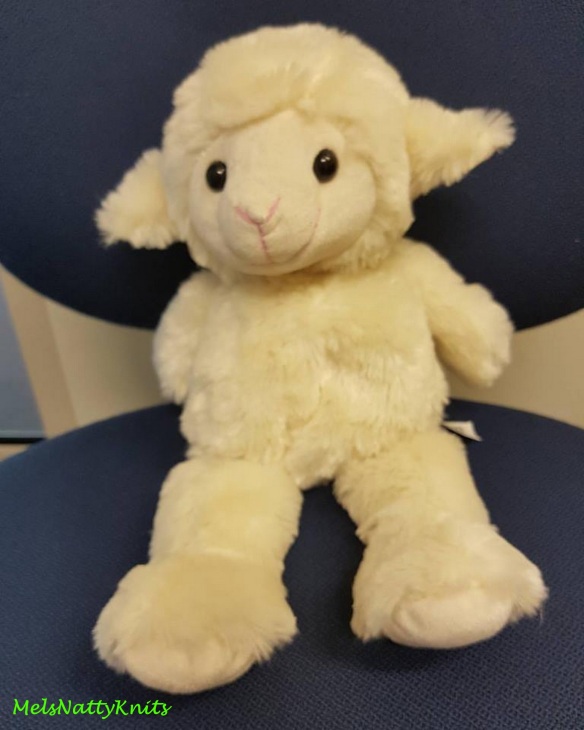 This next framed picture is quite different. The wording on it says “1st prize RAS Wolverhampton Shropshire Ram” 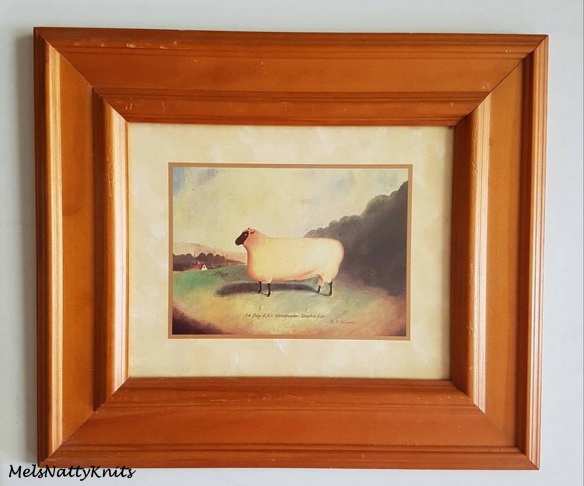 Although this mug is not sheep related, I loved the Parisian pictures and it’s made of porcelain and is so light as opposed to some quite heavy and chunky coffee mugs that I own. 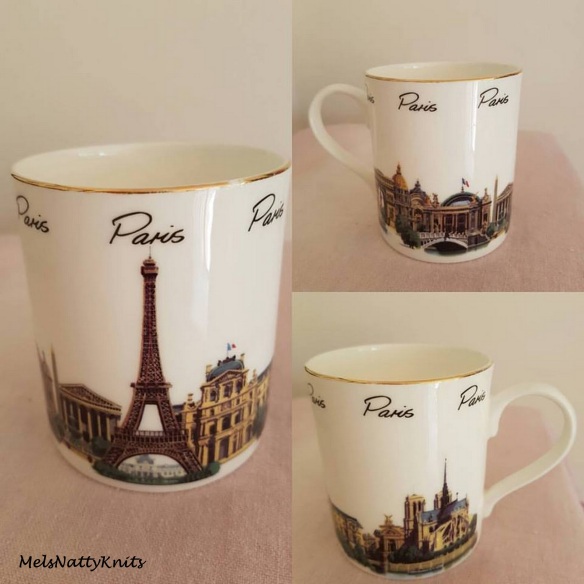 And finally…..I treated myself to some ChiaoGoo Interchangeable needles in the small sizes (2.75mm, 3.25mm, 3.5mm, 3.75mm, 4.0mm, 4.5mm, 5.0mm, small ended cables in 35cm, 55cm, 75cm, set includes small cable connector, stitch markers, small end stoppers, keys and a needle gauge). I absolutely love them!! The tips are nice and pointy which makes it so easy when stitches can get a bit tight and the steel is a matte look but still lovely and smooth. These came from my local ChiaoGoo dealer: Chantelle from Fiberific. Super quick postage was an added bonus! 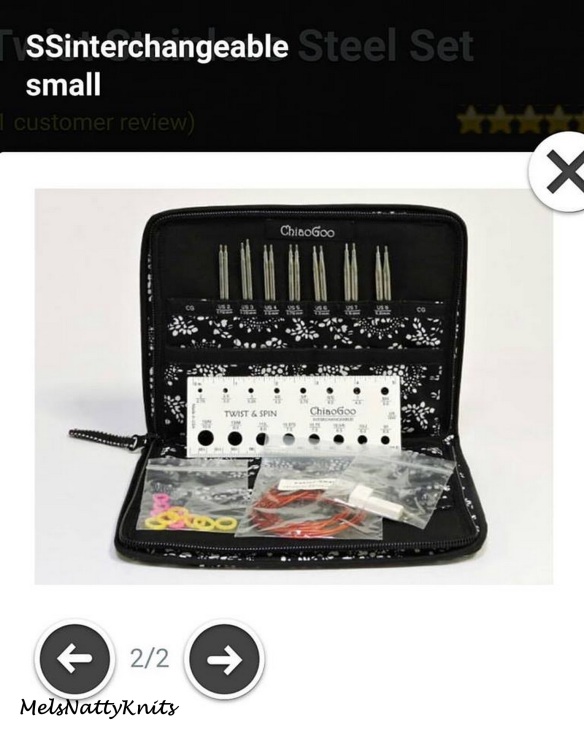 That’s all my news for now! I’ve just volunteered for another sock knitting pattern test knit so I’d best cast on!

Hi, my name is Melanie and I love knitting, spinning, weaving, crocheting, constantly increasing my stash, reading, cryptic crosswords, playing scrabble with my dear friends and eating chocolate. I live in the eastern suburbs of Brisbane in sunny Queensland, Australia. I am the proud owner of seven beautiful spinning wheels – Crofter, Brian Vincent Nancy, Roy McKnight Brief (Suitcase) Wheel, a Roy McKnight upright wheel,  Sickinger Kitty, Sleeping Beauty Thumbelina, and a Camelot. I have an uncontrollable stash that seems to grow by the day now that I have added wool tops and rovings into the equation! I have also started weaving and own a Schacht Inkle Loom, an Ashford Inklette Loom and four Ashford Knitters Looms: 20cm SampleIt, 30cm, 50cm and 70cm :-)

the joy of creativity

The Charm of It

Notes from a quiet, curious life

A Life Of Intertwining Threads.